We provide assistance in researching stalking

That Strongwood is experienced in solving stalking cases is not completely unknown to most. Seven seasons long Nico van den Dries, together with his team, next to presenter Thijs Zeeman the regular face of the TV program Stalked. Both have been associated with the program since 2020 Zeeman Confronts: Stalkers.

Stalking disrupts the victim's life, sometimes for months or even years.

Stalking is the systematic harassment of a person by chasing that person, always making contact in an annoying way and sometimes threatening it. This makes the victim feel affected in his / her freedom and safety. Of course, cyberstalking has also become very common in recent years; harassing people via the internet.

Does it bother you? That's not so strange. It occurs in all age categories. In the Netherlands generally in combination with a love affair. But also very often people in social professions are victims of the stalking, partly because a counseling relationship can be misinterpreted by clients or patients and partly because clients or patients do not accept leaving a professional position. Another interesting fact is that Dutch research among famous people such as politicians, artists and administrators has shown that 33% was sometimes stalked.

What are examples and risks from stalking?

In the Netherlands, stalking behavior is often the result of the termination of a (romantic) relationship. Also, someone can act like stalker to enforce a relationship with the victim. In both cases, stalking then falls under the category 'Love obsession'.

Examples of stalking behavior are:

What are the risks of stalking
Not so long ago, stalking was declared a criminal offense in the Netherlands. In addition, it has only really come under the attention of various police stations for a few years. The risks of being stalked vary from case to case. In many cases, victims have difficulty establishing new relationships, trust people, suffer from extreme tension or depression, feel insecure even in a familiar environment, and are sometimes at risk of violence.

What does a research?

We have a solid roadmap to find out the stalker's identity, collect evidence and stop the stalking behavior. The costs of such an investigation differ from case to case. After all, evidence can only be provided after observations and that simply takes time. Fortunately, there is generally a pattern to estimate; a (daily) rhythm of the stalker. Based on this pattern, we make a plan and plan the observations. In this way the chance of success is greatest. Before we start observing, this plan will of course be discussed in detail with you.

When is something now stalking?

To specify this, we refer to Article 285b of the Criminal Code. That says the following about this:

He who unlawfully and systematically deliberately violates another person's privacy with the aim of compelling that other person to do something, not to do or tolerate something or to instigate fear, is, as guilty of harassment, punished by imprisonment not exceeding 3 years or a fine of the fourth category.

Do you have help or advice required? 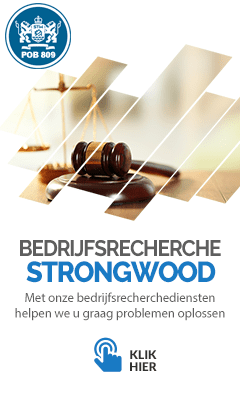