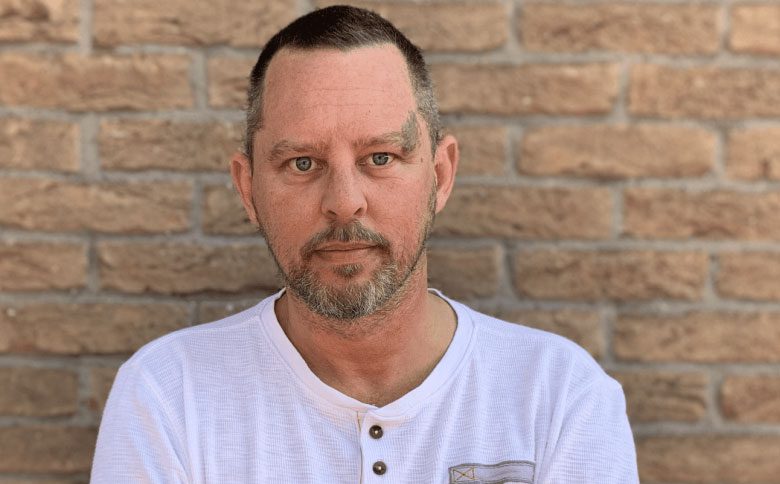 As a stalking expert, we see that countless people are victims of stalking every year. It is known that about 9% of the men and 19% of the women will be a victim of stalking.. It is also known that stalking mainly occurs in people who have to deal with ending a relationship, this can be a love relationship, but also work-related or otherwise.

Stalking is more than twice as common among teens and twenties who are looking for a love affair and are more or less experimenting with starting or ending relationships than among other age categories.

People in social professions are even more often the victims of stalking. Partly because a counseling relationship can be misinterpreted by clients or patients and partly because clients or patients do not accept leaving a professional relationship. Another interesting fact is that Dutch research among famous people such as politicians, artists and administrators has shown that 33% was sometimes stalked. 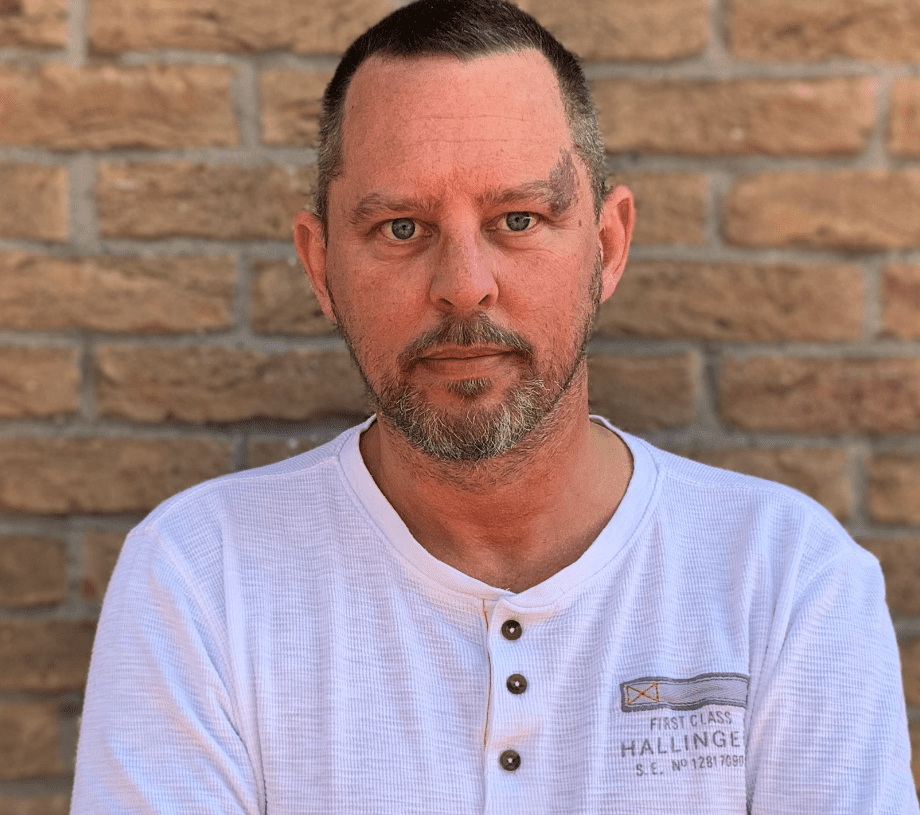 A background at the Royal Netherlands Marechaussee. Owner of detective agency Strongwood since 1997. Particularly in certain specialisms such as profiling (behavioural science), international child abduction, stalking, blackmail and cybercrime. In addition to a long and thorough work experience in various investigations, he also has a CECI (Certified Expert in Cyber Investigations). He is a behavioral expert and has a bachelor's degree in law.

A long time ago he became known as an investigative journalist for various TV-related activities, of which the program specifically for this subject Zeeman Confronts and for this Stalked. 'I see many cases of Stalking every year and every case is completely different and one of a kind.

In any case, stalking seems to be getting worse and worse every year. I see this not only in the TV program but also in the various requests that come in to us. I can't even call it "requests". They are often very emotional cries for help. The police really do their best, but often they just can't do much and cases are referred to us.' 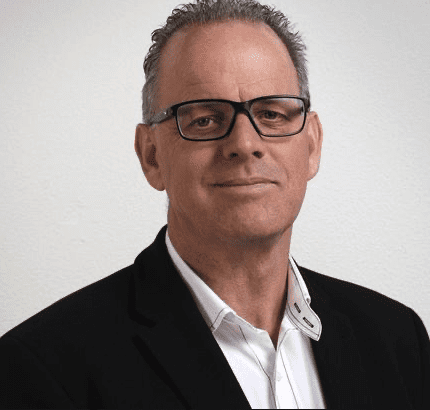 Eric Blaauw is a well-known sparring partner of Nico. Employed as a lecturer in Addiction Studies and Forensic Care at the Hanze University of Applied Sciences Groningen. He is also affiliated with VNN as a forensic mental health psychologist. For years he conducted a lot of research in the field of stalking, suicide, psychopathology and psychopathy among detainees, detainees, TBS prisoners and addicts.

'The average duration of stalking is four years'.  'Research shows that it often only stops when circumstances change. For example, if someone has got a new partner or a job, while there was no work before'. What makes it difficult for the police is that there is not one type of stalker. Specialist knowledge is needed to be able to choose the right approach.

Not all stalkers have bad intentions. Some approach someone frequently out of love. This can be experienced as stalking, but is not dangerous. It's different when an ex-partner wants to get revenge, like Bekir E. on his ex-girlfriend Humeyra. 'He cannot accept that the relationship is over. You see many character disorders among this group. ' 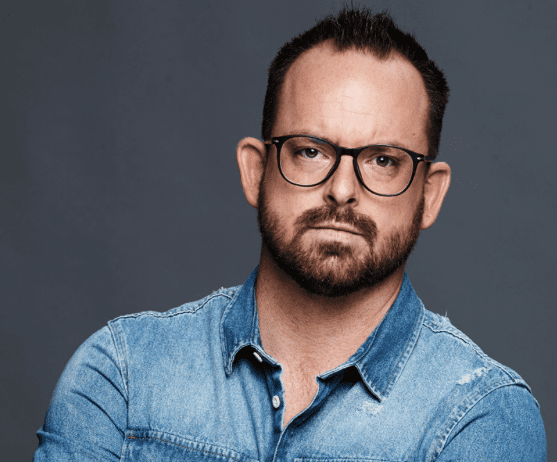 Thijs is the presenter of the TV program Zeeman Confronteert and of course also known for Gestalkt. As a crime reporter, he has put a clear stamp on this subject and is fighting for it to end stalking.

It is demonstrable that the vast majority (more than 92%) of the stalkers from the program immediately stopped their activities after a confrontation with Thijs. 'The victim can often start a new life'.

The program Gestalkt and Zeeman Confronteert were mainly created because the police know too little about stalking and through this program it at least contributes to the solution, namely the stop stalking.

Stalking has been around for as long as humanity has existed. Stalking often involves strong emotions from a perpetrator towards a victim. The emotions usually arise from a change in the relationship between the two that is undesirable for the perpetrator. Where the perpetrator cannot or does not want to accept the relational change.

In a small proportion of the cases, the stalker does not so much show strong emotions as sadistic characteristics with an accompanying desire to dominate and destroy a victim. It is likely that this type of stalker is much more common in radio, television and film celebrities and rare in regular stalking.

Corporate stalking on the rise

The rise of multimedia such as websites, LinkedIN, Facebook and Twitter have contributed to the increasing awareness of, for example, company directors. The risk of drivers becoming victims of stalking has also increased, because research shows that there is a clear relationship between the number of public appearances and the risk of stalking. This part is also often corporate stalking mentioned.

To a large extent, the high risk of corporate stalking is reflected in the social face most executives have been given in recent years. Descriptions of the hobbies and family life of directors can often be found in management magazines and in organizations it has become customary in company magazines to also show the social face of the directors.

Also in board meetings and speeches, directors today often tell personal stories and share personal experiences with employees, partly due to the increased emphasis on social leadership styles. In addition, a horizontal or bottom-up approach involving many employees in the decision-making process has become more popular in decision-making.

As a result of the above, there is often more personal contact and a smaller distance between directors and their employees. It is precisely this that increases the risk of stalking when the relationship between the driver and the employee suddenly changes. This position changes of course if a director decides to resign, but can also change when a director makes decisions that are not appreciated by everyone.

Perpetrators and their behavior

Most behaviors are mainly sending letters, emails, apps, text messages and making phone calls. In almost half of the cases, threats can also be made. What is surprising is that the stalking usually lasts for years with weekly or monthly stalking that can sometimes stop for a while. Logically, this leads to stress for most victims and can also lead to despair and fear of the future.

In addition, feelings of shame often arise against family, friends, acquaintances, colleagues, supervisors and employees, so that seeking help is often limited or often not done for fear of this shame.

Most behaviors can be accommodated in a model. I will mention a marathon as an example, the behaviors often start as mentioned above and can be accommodated in the first 30 kilometers. The last part is therefore often the toughest and often manifests itself through serious acts such as stalking, tracking, setting fire to cars, causing damage to property, frightening on a physical basis and even in extreme cases physical violence to the victim at the finish. of the marathon. The objective in stopping stalking is, of course, to ensure that the perpetrator does not reach the finish line.

Based on Dutch and German research among famous persons, it can be assumed that about one third of the stalkers of famous persons have a psychiatric disorder with clear delusions. Probably a higher percentage has a personality disorder such as narcissism, an inflated sense of self, sensitivity to abandonment or instability of mood. In this group there is often an overreaction to injury and impulsivity.

What I've seen in recent years is that stalking is getting worse. The registrations are more and more and the cases more diverse. The police certainly take things seriously but often can't do anything. Often there is simply not the knowledge and manpower for this. Through the program we help the victims by confronting the perpetrator on the screen, this often has the necessary stop effect and in some cases the investigation we do contributes to the police file and something can be actively done.

What can be done about stalking?

In the case of corporate stalking by an unknown offender, it is important that an investigation is carried out into who the offender is. That can be done by the police or one specialized detective agency like Strongwood.

When analyzing all stalking cases, it is important to pay attention to the duration. The content and diversity of the stalking behaviour. Characteristics of the offender with regard to psychopathology and motives. The identified victims and the impact of the stalking on the victims. On this basis, an analysis must be made of the various options for stopping the stalking and a careful choice must be made from among the options.

In addition, characteristics of the offender may in some cases require an approach involving reporting to the police. A request for a restraining order. And in other cases only a very firm judicial approach bears fruit or is the threat of a judicial approach more important or the threat that the behavior of the stalker will be made public. Because of the many combinations of stalking, offender and victim characteristics, the approach to stalking is often tailor-made.

What exactly is stalking?

Stalking (referred to in law as 'harassment') is a crime. Since 2000, the Netherlands has had a special anti-stalking law. It is intended to target stalkers. Just like defamation or threats, stalking is a so-called 'criminal offense'. This means that there will be no prosecution against a stalker unless the victim has reported it. Although it often seems like a minor offense, it can have a significant impact on the life of the victim. The legislator therefore has one hefty maximum penalties for stalking given. A maximum of 3 years in prison or a fine of the fourth category (19,500 euros) and often much more in the case of recidivism. So legally there are options.

What about in practice?

In practice, it often turns out that understaffing and lack of knowledge is a problem at the Police. Some stalkers often know how to play it in such a way that there is virtually no evidence to get in an easy way. Which only increases the duration of the investigation and thus worsens until it is eventually too late. Often there is not 1 declaration and 1 file, but often an accumulation of several declarations of several facts. Sometimes even spread over several files, departments and detectives. In fact, there should be more structure and a fixed point of contact. Besides of course practical matters such as coordination with the Public Prosecution Service.

A victim often cannot avoid capturing a lot himself. Collect evidence. Which unfortunately is often not done or recorded in the right way.

A program like Zeeman confronts: In addition to a program on television, Stalkers has actually also become a necessity. Although they often only solve 12 cases a year. In any case, it brings the theme on the map every time and that is much needed.

Within Strongwood has been around for years a fixed working method. In capturing evidence, finding and recording the perpetrator and handing over the file to the police. The approach is to work together with the police to achieve the same goal. The problem often lies in the cost of an investigation. Not every victim can afford this just like that. We are still working hard in the background on a solution to fix this problem as well. For example, by financing with the help of donations or a repayment arrangement.

Do you have questions about this topic? Do you need advice regarding stalking? Have you become a victim and do you want this to end now? Then contact Strongwood private investigator. We are available 7 days a week, 24 hours a day.

Season 4 of 'Zeeman Confronteert: Stalkers' can be seen on RTL5 in the spring of 2023. The other seasons are on video land.